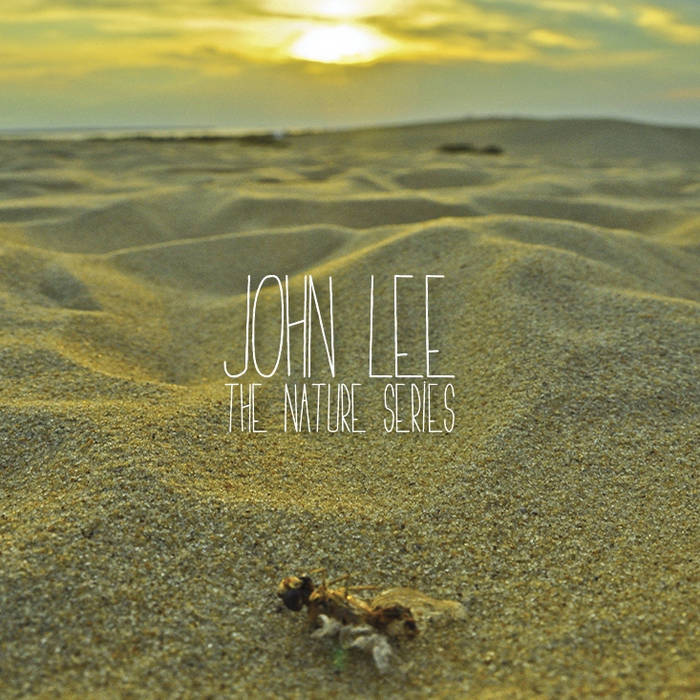 Hunter King Strong surf-style guitar with avant-jazz leanings, an amazing mix of emotion and challenging musicality and a strong sense of atmosphere. I wouldn't change a note. Favorite track: In the Ground.

There are more than a few music scenes that would like to claim John Lee’s massive talents as their own. In Philadelphia, his old band Caveman was a mainstay of experimental rock circles throughout the 2000s. Recently, he’s developed a reputation as one of the Washington, D.C. jazz and blues scene’s most cutting, versatile guitarists. And he has brought down the house at venues around the world while on tour with the renowned world-music percussionists Cyro Baptista and Baye Kouyaté.

But on The Nature Series, his riveting and wide-ranging new EP, Lee blows past the confines of any particular genre. The five-song record finds the guitarist drawing on the work he’s done in all his past groups, plus a teeming pot of other influences. His guitar playing ranges from Dick Dale-style surf tremolo to the shriek of Jimi Hendrix circa Axis: Bold as Love, all the while keeping an ear turned toward West African approaches to melody and harmony.

“The five songs on The Nature Series came to me in one day, during a moment of inspiration after performing in Cyro Baptisa’s Banquet of the Spirits, at John Zorn’s Masada Marathon at Lincoln Center in March 2012,” Lee explains. For that show, Baptista had re-arranged music from Zorn’sBook of Angels, a collection of pieces motivated by Jewish prayers and folk melodies.

Lee related to the Banquet’s process of reworking material: The melodies for The Nature Series arrived in a fit of creativity, but then he spent weeks arranging, rewriting and transcribing his own improvisations so that other instruments could converge around them. What he ended up with is a quicksilver bricolage that exceeds the far-reaching achievements of his debut LP, 2011’s Somewhere Impossible to Find, and calls up a breadth of new influences: “especially surf music and the spaghetti western guitar styles of composer Ennio Morricone,” he says.

A spread-out, cinematic pastiche gives The Nature Series its enveloping appeal – and Morricone isn’t the only soundtrack writer who haunts the record. From the first quavering chords of the opening track, “In the Ground,” Lee’s overdubbed acoustic and electric guitars and his use of game calls bring to mind Gustavo Santoalalla’s dusty, Tex-Mex scores for The Motorcycle Diaries and Brokeback Mountain. But by mid-song, the whole thing has mushroomed into soaring post-rock à la Explosions in the Sky.

The album is a collection of stark contrasts that unfold over the course of its suite-like songs and sometimes bleed across the tracks. Lee folds understated folk sounds – a Cuban bolero rhythm here, a vaguely Malian melody there – into thick, ambient, electronic and psychedelic musical forms. Lee says the blend comes to him naturally. “That’s just kind of the way I write – I’m heavily into the post-rock thing and I’m also into this music from all different cultures. And then with my jazz improvisation background, I mix it all together without really thinking about it,” he says. “Through playing rock, I realized that really simple dynamics can have a way of bringing out emotions in people. Then I combine that with jazz and folk, which don’t have as much of that sort of climax in the compositions, but more in the improvisation.”

The Nature Series climaxes with its fourth track, “Return of the Frogs.” It starts with a high, shivering note plucked in threadbare vibrato. Lee squeezes a minor pattern from his electric guitar, prying on the strings and drawing out acidic tones in the crevices of the Western melodic palette. It’s as if Hendrix had lived long enough to spend years studying sitar technique, and integrated it into his Stratocaster sound. Over the next seven minutes, “Return of the Frogs” wanders from a finger-plucked, dreamlike haze to blasts of Mogwai-indebted power. Throughout, the track brushes against the impossible, climbing ever higher and invoking the title’s intimation of a swarming Biblical plague. At the time he recorded it, Lee was studying Andrew White’s transcriptions of John Coltrane’s free jazz solos on Interstellar Space, an album whose saxophone tone experiments and screams and mutating melodies are simply too Herculean, atonal, and resolutely human to be fully notated.

It’s no surprise that Lee shows such ease in crafting an immersive, past-the-margins mélange. As a student at Mannes College The New School for Music in the late 1990s and early 2000s, he studied jazz guitar with Kurt Rosenwinkel, atonal improvisation technique with George Garzone, jazz and Middle Eastern music with David Fiuczynski, and South Indian frame drumming with Jamey Haddad.

After graduating, Lee put his wide-ranging mastery to use in Caveman, a psychedelic and world music-influenced instrumental ensemble that accrued a strong cult following and released two well-received albums. Lee went on to perform alongside such notables as Matisyahu and David Amram, and toured the United States with the Malian talking drummer Baye Kouyate. Since 2009, Lee has toured domestically and abroad with the great Brazilian percussionist Cyro Baptista. He recently contributed to Unity, a forthcoming album by the internationally renowned Gnawa musician Hassan Hackmoun.

John Lee plays the guitar with biting power, flowing groove, and a fluency that reflects his wide range of influences. The Washington, D.C.-based guitarist, composer and bandleader draws inspiration from jazz, blues, Indian classical, alternative rock and Malian music, but his work extends beyond all boundaries. ... more

Bandcamp Daily  your guide to the world of Bandcamp